Our new home arrived in Ushuaia’s harbor a half day early as we learned that a passenger on the trip before us had fractured a femur bone while walking on ice on Snow Hill Island and needed medical treatment.  We had also heard that that group experienced a “white out” that prevented helicopters from flying one of the days as well as -20 to -25 deg Celsius temps!! Fortunately, there were good endings, as the passenger received the necessary treatment and the group before us managed to see the Emperor penguins for 3 days.  We were hopeful and excited as we boarded the ship on the afternoon of October 19, 2018! 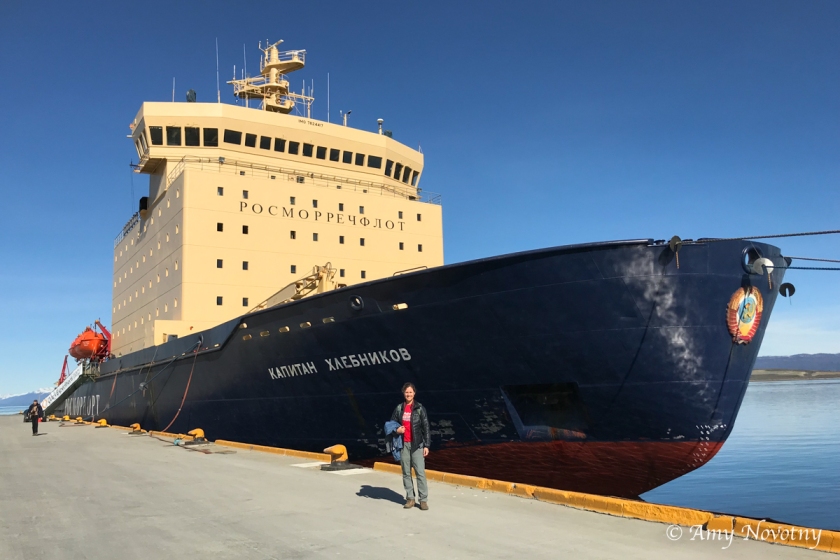 The ship was large (132.4 m/434 ft long and 48.7 m/160ft high) and could hold 110 passengers and 70 staff.  We had just over 100 passengers from countries all over the world.  Some were serious photographers and some were not, but many had goals to visit all the penguin species in the world.  As I entered the ship, I took quick iPhone shots of the hallways, as I wanted to capture the feel of the ship. 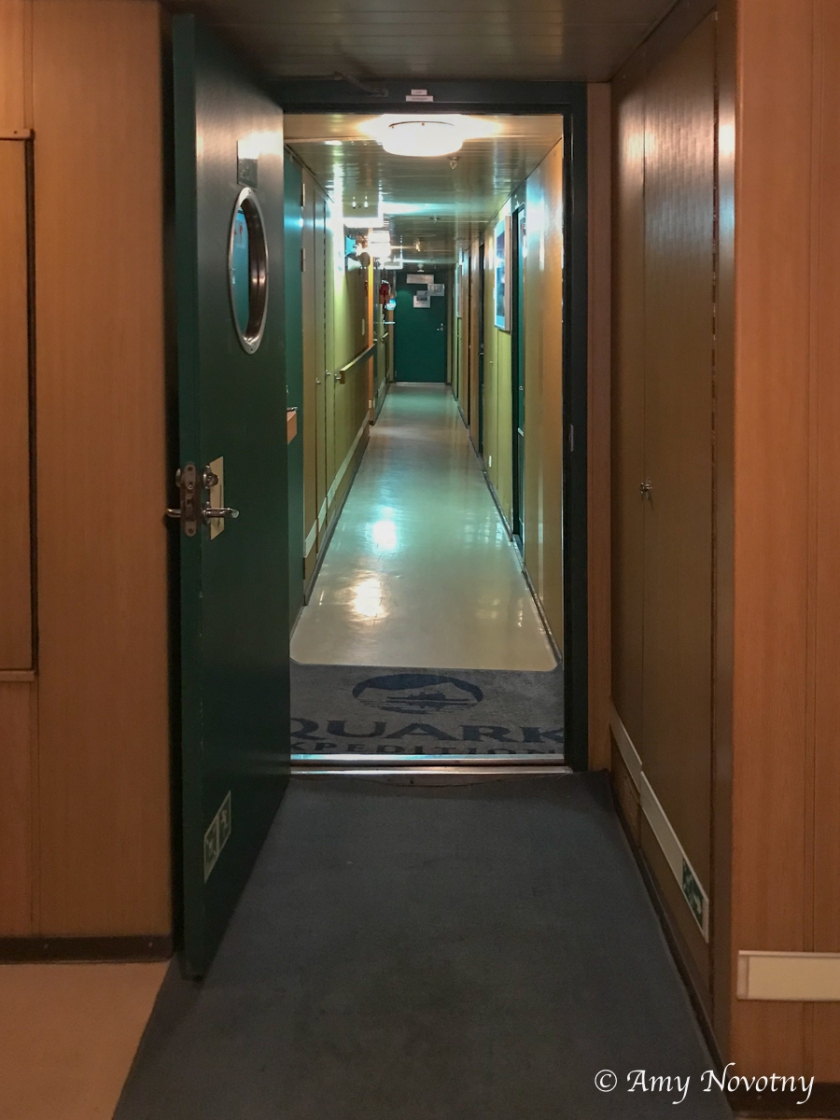 I learned in one of the presentations from the expedition staff that the ship was built in Finland and launched in 1980 as an escort ice-breaker for other ships.  It was then remodeled in 1992 to carry passengers for Quark Expeditions in the Arctic and Antarctic.  I was in one of the triple cabins on deck 6 and below is a snapshot of our accommodations for the two weeks. I was the lucky one who had the top bunk, which made for fun times when crossing the Drake Passage! 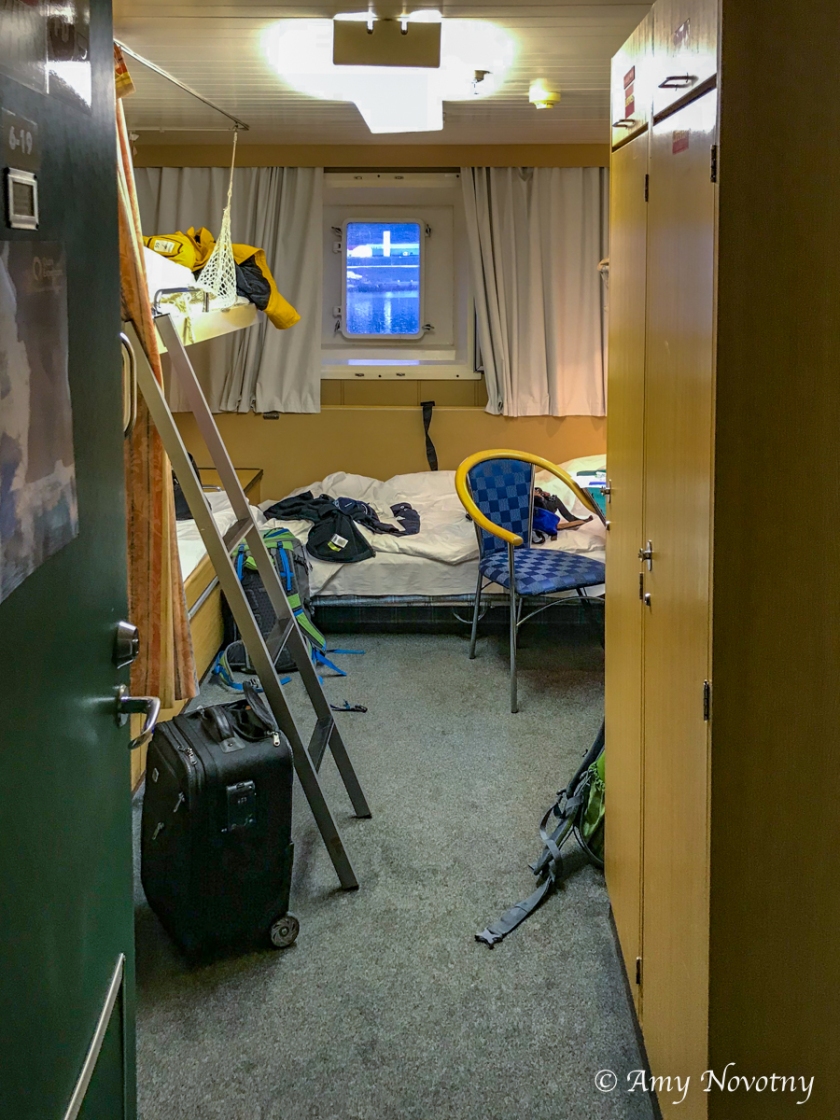 After dropping my camera gear in my new room, I quickly headed outside to check out the outer decks.  We boarded the ship on deck 4 and rooms were on levels 5-8.  The image below shows deck 8, the bridge level above it and the top deck.

Image: Outer deck 8 and above on Kapitan Khlebnikov. iPhone 7 Plus,  hand-held.

We had a short debriefing to meet the staff and learn the plan for the evening, followed by an emergency drill with our lifejackets.  There were 4 lifeboats onboard (see image below) as well as several zodiacs.  We were able to inspect the lifeboats and see inside them during the drill. 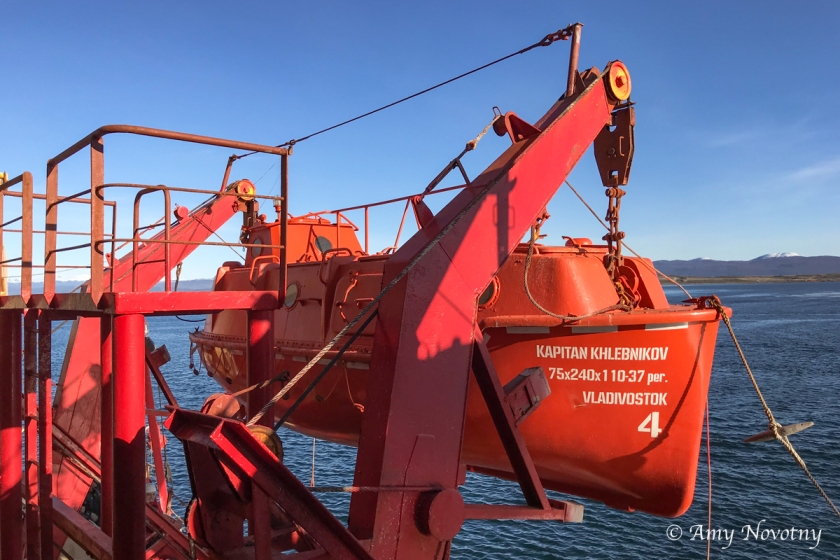 We were free after that to explore until dinner.  The top deck provided some great views of both the ship and the surrounding environment.

As we got underway, I took a couple final shots of Ushuaia in the evening light.  We were told that we would be sailing in the Beagle Channel for approximately 6 hours and would enter the Drake Passage around midnight.

I took some anti-seasickness medication at dinner and hoped that the Drake would be a “lake” and not a “shake.”   My wish was not granted…

For those more interested in the ship’s layout, please see the schematic below provided to us by Quark Expeditions. 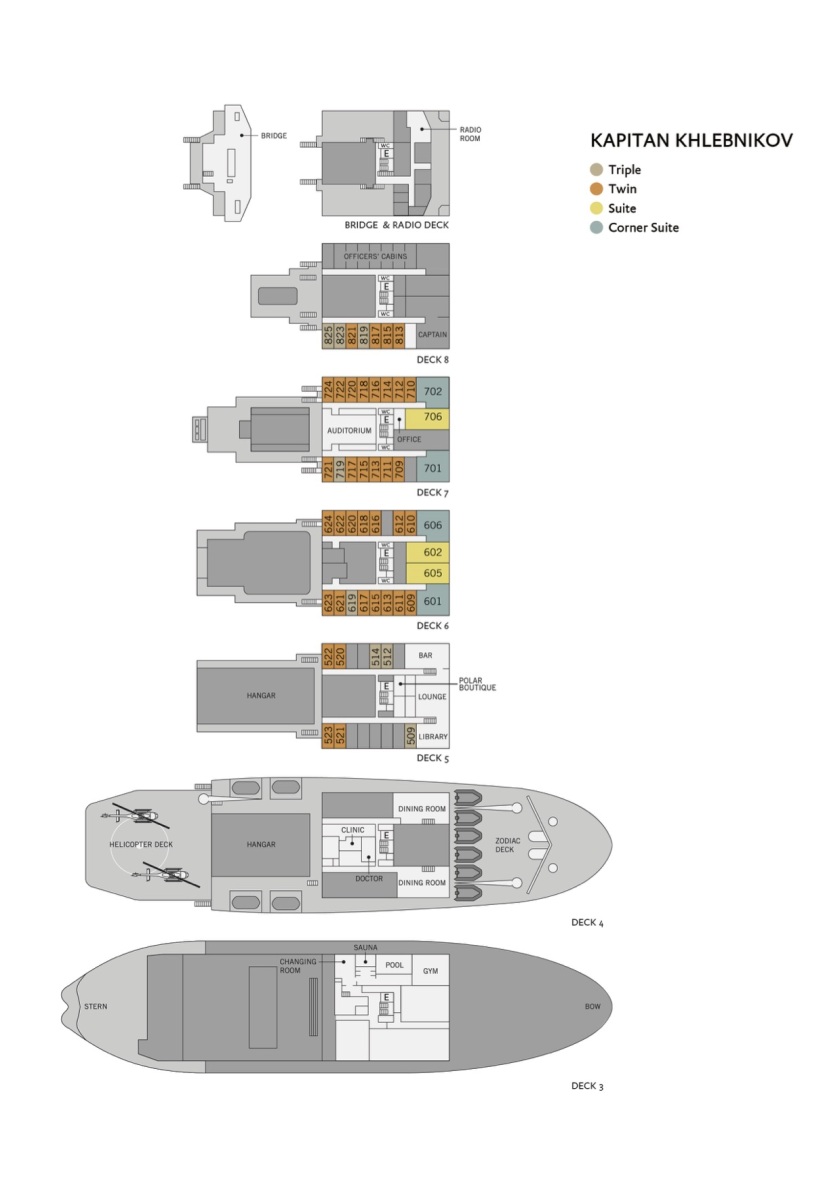 11 thoughts on “The Voyage Begins…”