The trip to Antarctica began with a few days in Ushuaia, Argentina, also known as “El Fin del Mundo” or “The End of the World.” Since the ship to Antarctica left at a specific time and date with no leeway, it was encouraged to arrive at least a day early.  I had no trouble with delays or cancellations on the flights down to Argentina so that gave me 2.5 days to explore Ushuaia.  On the first full day, I went into town and walked along the main street.  I marveled at the beautiful snow-covered mountains surrounding the town that could be seen from the downtown area.

A few people were out and about but it was still early for Argentinians.  The stores do not typically open until around 10 am since there is often nap time in the afternoon, and as part of the culture, people stay up late at night.  I walked along the streets, taking a few photos to get a feel of the town.  Many shops were geared towards tourists and advertised souvenirs or clothing for cold-weather climates.

After walking along the main street, I headed down towards the docks and saw a beautiful old ship in the harbor.  It did not look like it was in use and I wasn’t sure if it served any other purpose but I enjoyed photographing it with the mountains in the background. 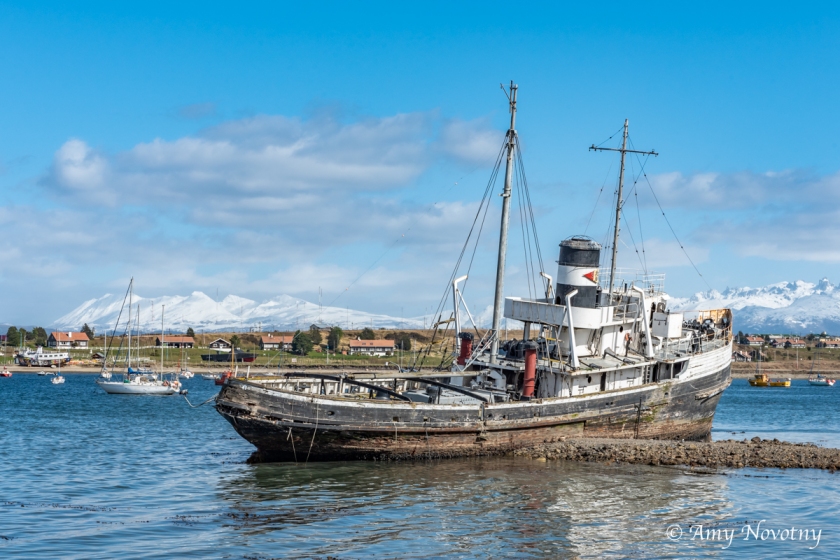 There were a few birds flying around the harbor and I got acquainted with the dolphin gull, a bird native to southern Chile and Argentina.  It was fun photographing them with their vibrant red bill and ring around their eyes, and it gave me a little practice at wildlife photography for the upcoming voyage.

The next day I explored the nature preserve surrounding the Arakur Resort.  The trails began at the back of the hotel and led to a couple different areas.  One of the hikes took me to a peat bog that still had remnants of a recent snowfall. 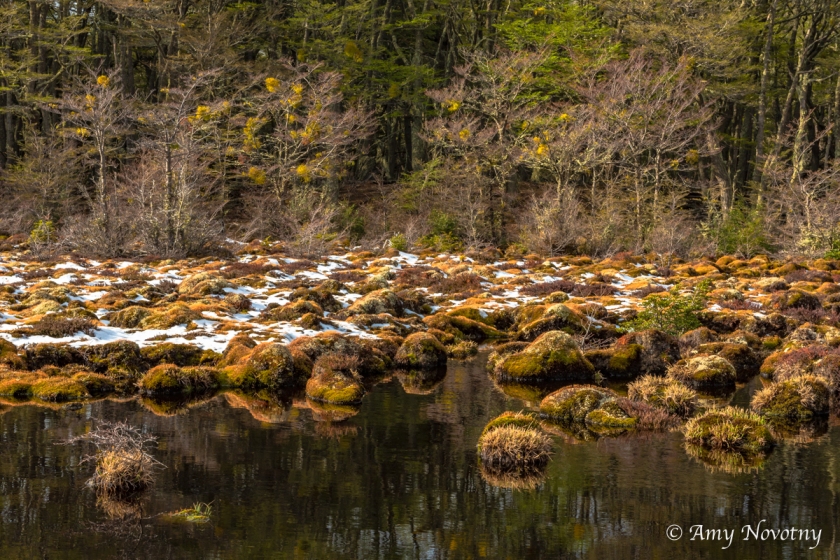 The scenery got better and better as I explored the trails that took me into the native forest.   Occasionally I came to some openings in the forests but the area at the peat bog provided the most scenic views.

Later that night, I went out to photograph sunset and the city lights.  The Arakur Resort sits halfway up a mountain and provides a great overlook of Ushuaia.  As the sun set around 8:30pm, the sky lit up with pink clouds.  It was windy and cold (around freezing) but worth the effort.

As it got later into the night, I captured the city coming alive.  Although it would have been fun to stay in a hotel in the downtown, I really enjoyed being closer to nature on the mountain and having the opportunity to photograph the whole town at night.

The following morning (departure day!), I woke up very early to hike up to a hilltop before sunrise.  The light was nice and the ground was frozen and icy as I slowly made my way to this scenic view.  This image looking to the west and the next two are views from that same hilltop. 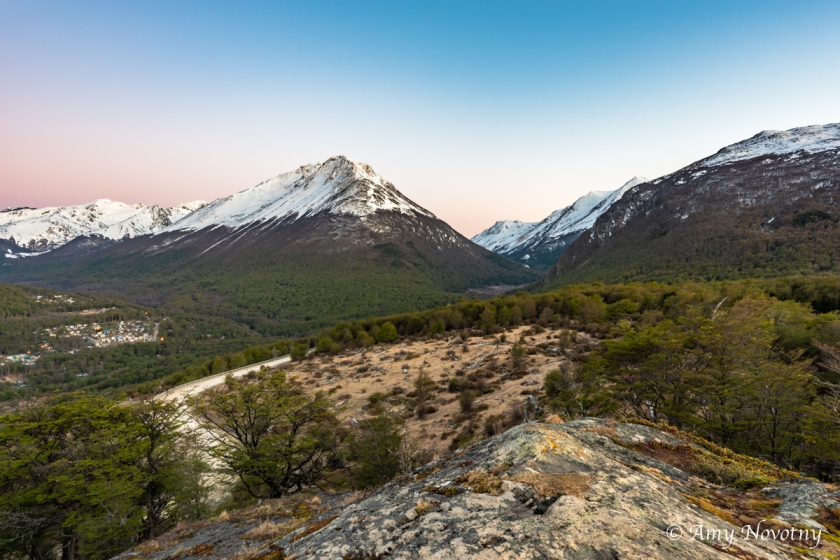 As the sun began to rise, this view of Beagle Channel and the Chilean mountains in the distance began to glow.  I knew I would be on the icebreaker later that day going through this channel as we headed out to the southern ocean and the Drake Passage.

The wait for the sun in the freezing temperatures was well worth it.

12 thoughts on “Ushuaia–The End of the World”