After 3 flights from Toronto, Artie, Anita and I made it to Ivalo, Finland with a rainbow just peaking out from the clouds.  We hoped that it would bring us luck over the next 3 weeks as we began our journey further north.  Below is a series of images taken with my iPhone to give you an idea of what we saw and experienced the first night in Finland.

As we deplaned onto the tarmac, I immediately noticed the crisp fresh air and blue skies.  The airport consisted of a tarmac and a very small building with minimal security restrictions and no customs.

Image: iPhone 7 Plus photo from the stairwell while descending the plane.

We rented a mini-van large enough to store our 11 bags of luggage!  Anita was kind enough to drive our manual transmission van as we used reliable paper maps to find our way since the GPS provided by Hertz was not functioning well.  The street signs were difficult to decipher based on the words, but luckily they had some universal symbols that helped us out.

Image: iPhone 7 Plus photo of Anita driving us away from the airport

Since we were not sure what type of food amenities we would have in Norway, we stopped at a local Finnish supermarket, K-Market, for some nonperishables.  I saw some familiar brands, but it was hard to figure out ingredients in some of the boxed processed foods. 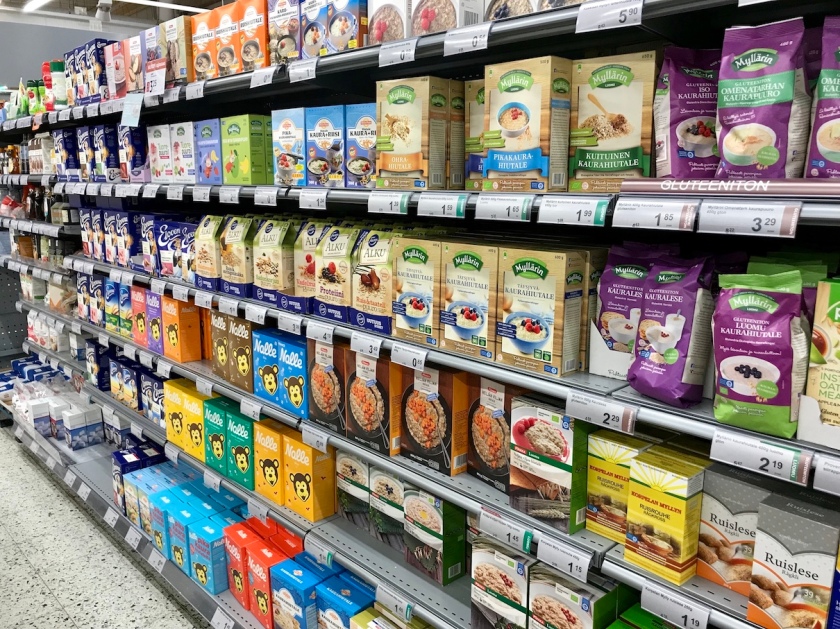 Image: iPhone 7 Plus photo of an aisle in K-Market in Ivalo, Finland. 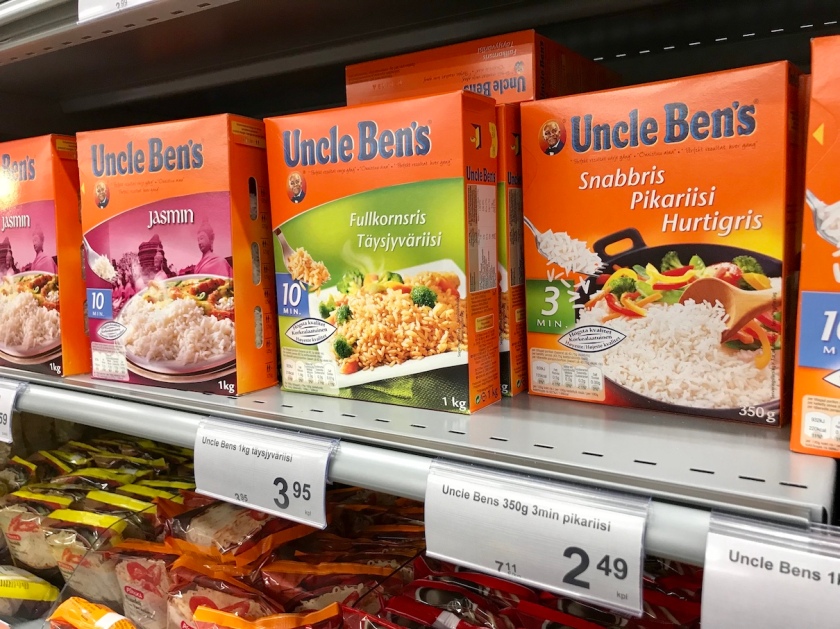 Image: iPhone 7 Plus photo of a familiar brand in another country.

After getting supplies in Ivalo, we began the hour drive to Kaamanen, Finland.  There is one major highway connecting the region and towns and the speed limit ranged between 80-100 km/hr (approx 50-62mph).  We had been warned that the fine for a speeding ticket is 10% of your yearly salary, but I sat next to a Finnish reindeer herder on the plane who said that that law only applied to the Finnish and that foreigners were fined the minimum (although he didn’t specify that amount).  The region was filled with pine and birch trees with lakes scattered throughout the land.  Artie likened it to parts of Alaska that he has visited. 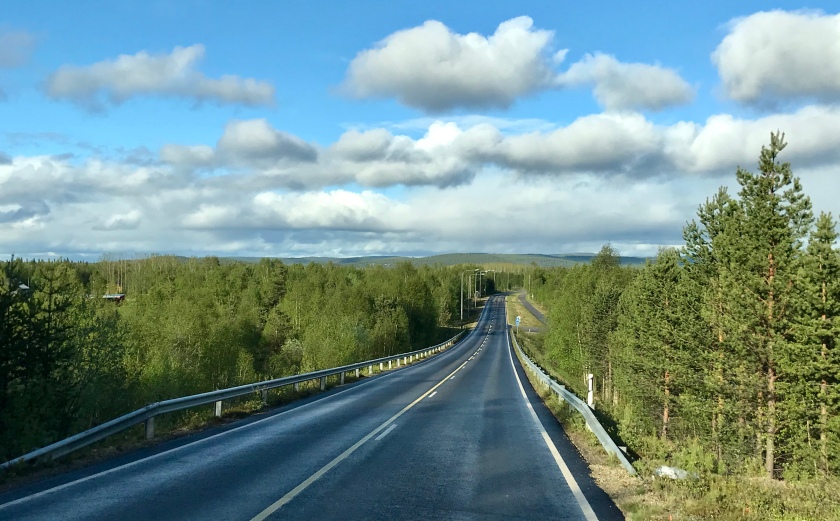 Image: iPhone 7 Plus photo as we drove up highway E75

Image: iPhone 7 Plus photo of a roadside lake with tree islands from a moving vehicle.

Image: iPhone 7 Plus photo of a roadside lake from a moving vehicle.

Image: iPhone 7 Plus photo of a roadside lake while stopped to figure out how to turn on headlights

We made it to our hotel, Neljan Tuulen Tupa, around 9:30pm and were introduced to our rooms.  Since we are so far north, it never went dark and 9:30pm looked like 4pm. Anita and Artie began talking to our hosts and found out that one of the local men who hangs out at the hotel, Pytr, knew the birds of the area well.  We hired him to take us out the next morning to show us where to photograph ruffs and smews.  He needed us to be ready by 5am so I had no trouble heading to bed shortly thereafter!

Image: iPhone 7 Plus photo of our lodging for the evening.

So far, the area has been beautiful with kind, generous people ready to share information.  On the plane, as I mentioned above, I met Aslak, a reindeer herder.  He described to me his life growing up as part of a reindeer herding family.  Although he went to school and college, he did not think it was necessary because he missed vital time learning about his family’s trade that he knew would be his life.  He shared with me his lifestyle and a documentary that he is working on to educate others.  His website, https://www.reindeerherderseyes.com, is in Finnish, but he has a couple videos posted that describe his lifestyle and the threat of wolverines.  If you are interested in seeing his 20 minute documentary, please visit: Aslak’s documentary

More to come on what I’m learning about ruffs…

20 thoughts on “Arrival in Finland”